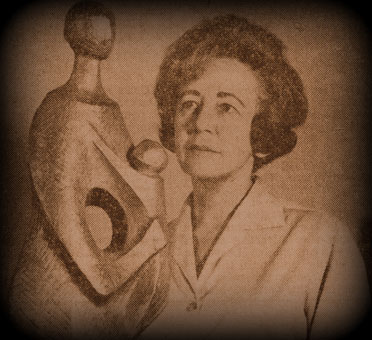 Born on 7th December, 1914 in Johannesburg, educated at the Convent of the Sacred Heart, Potchefstroom.  Studied painting at the Witwatersrand Technical College Art School under Maurice van Essche, at the University of the Witwatersrand under Willem de Sanderes Hendrikz and Prof Heather Martienssen, in Paris at La Grande Chaumière, the Académie Julian and with André Lhote in 1947, and on her return to South Africa sculpture under Moses Kottler.

Lily Sachs also studied photography and won the Beret Award given by the Johannesburg Photographic Society for her photographic study of the sculptor Edoardo Villa, as well as several awards in London for work hung in several salons.

Lily Sachs was the daughter of Harry Finn, Potchefstroom; she was married to Teddy Sachs, vice-chairman of the Johannesburg Repertory Players (Reps) Theatre, Johannesburg, they had two daughters, Valerie and Gail. They lived on 3rd Ave., Lower Houghton, Johannesburg.

Has exhibited her sculptures in many group exhibitions.

Public and Other Commissions

Please click on image for better view of relief panel of three musicians at back next to staircase! 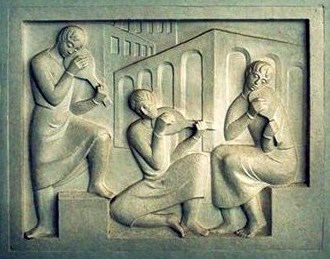 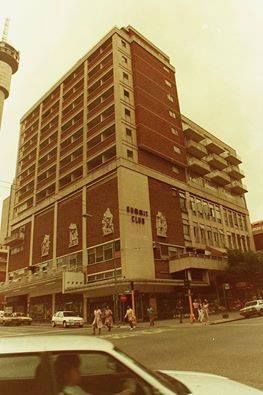 Please click on image for close-up view of 3 panels! 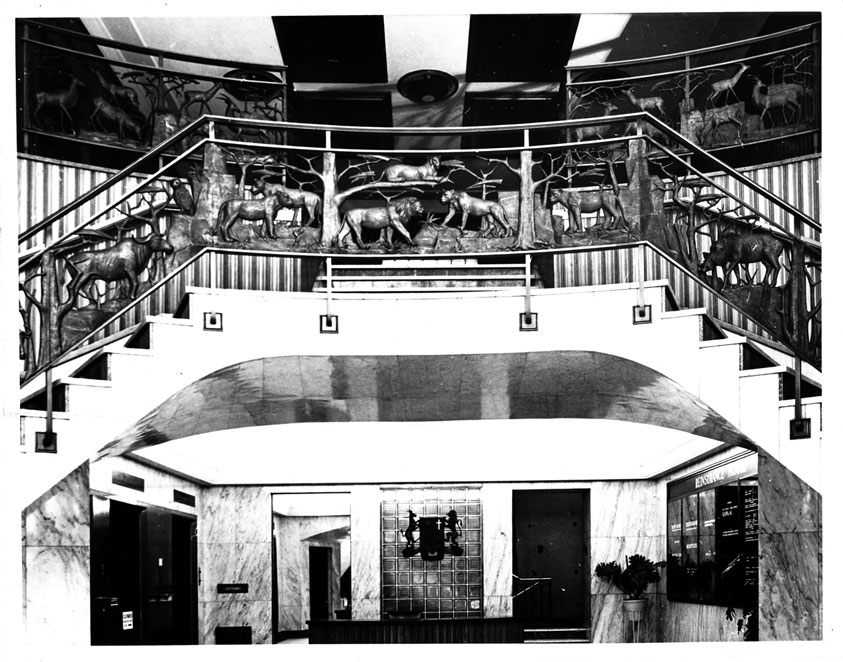 "A more delicate aspect of her talent is the staircase at Reinsurance House which consists of 22 four foot panels of South African animals done in bronze which took nearly a year to complete" (SA Jewish Times, Johannesburg - 18th February, 1966) - building stripped, whereabouts of panels unknown

Edura Building, Commissioner Street, Johannesburg – panel of sculpture on a mining theme for a 30’ pool 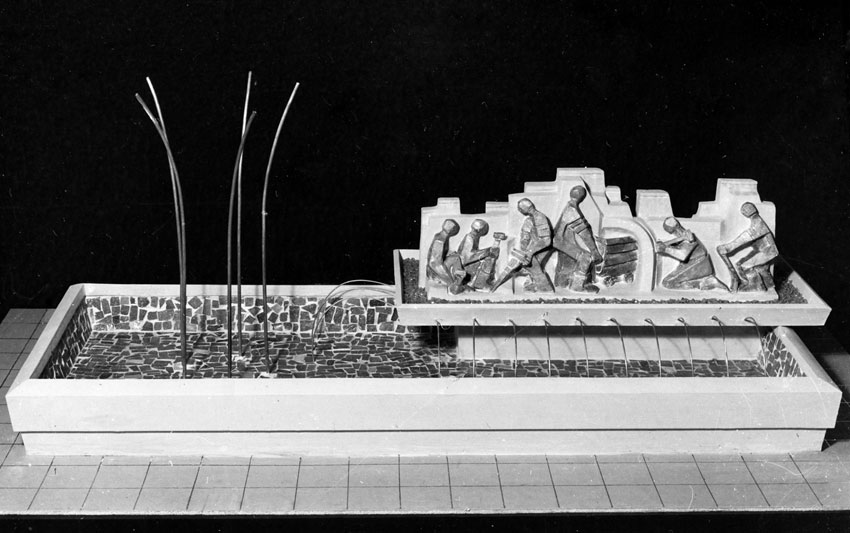 "Model for fountain outside "Edura" - panel of bronze figures depicting a mining scene against concrete background, jets of water at left"

Town Square, Lichtenburg – a 2.5m H column with 4 female figures in high relief for a fountain, from 1961 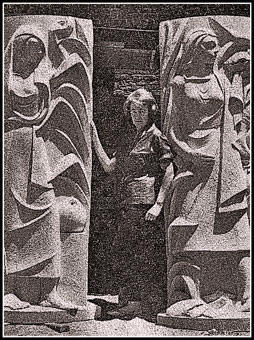 Lily Sachs between 2 of the 4 panels for Lichtenburg (img. Southern African Jewish Times, Johannesburg - 11th May, 1962) 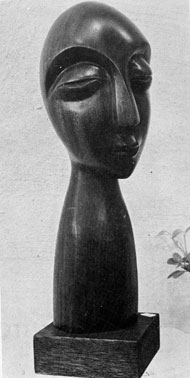 "Development of Form and Meaning in the Sculpture of Edoardo Villa” by E.M. von Maltitz (thesis MA in History of Art, RAU, Nov 1982) (publ. 1988) p. 37 – “Lily Sachs was a fellow-sculptor and good amateur photographer who recorded most of Villa’s works at that time”

Oher works in the family Collection in South Africa - please click on this link! 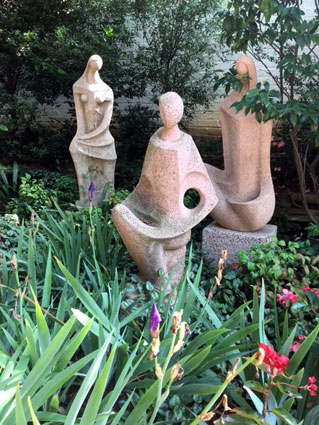 Two works in the family Collection in Australia - please click on this link! 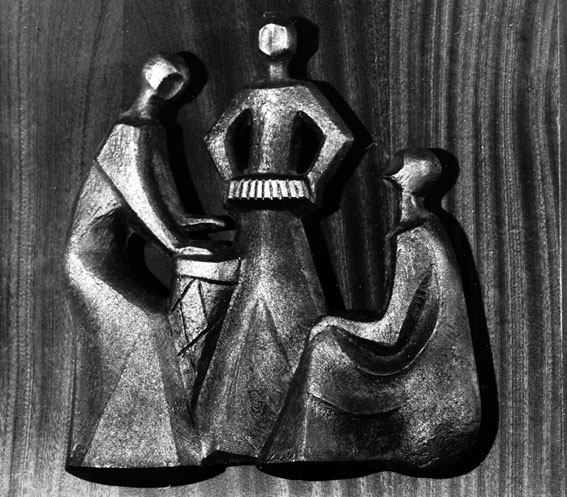 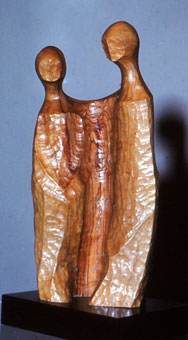 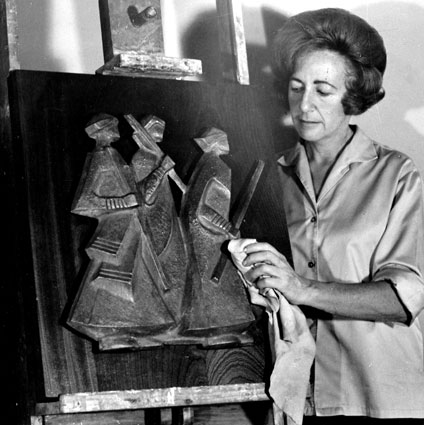 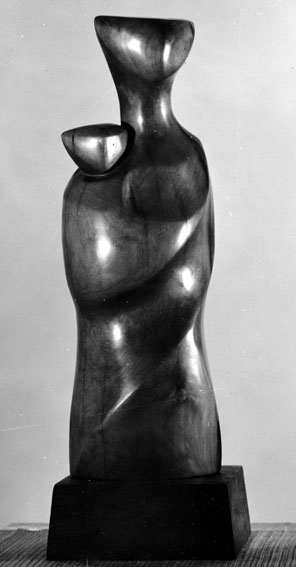 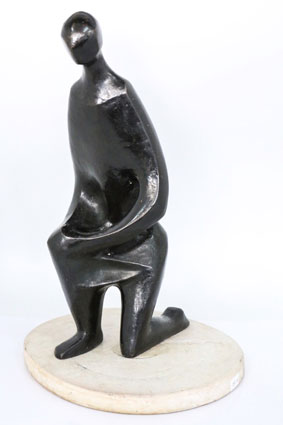 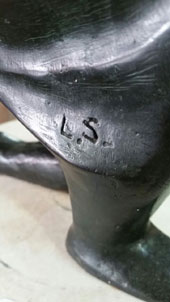 Lily SACHS signed her bronzes with her initials

The above data was gathered mainly from the Pretoria Art Museum archives, the archives of the SA Jewish Board of Deputies, Johannesburg , the archives of The Haenggi Foundation Inc., Basel, in 2017 and the Lily SACHS family.