Art Education in Soweto in the 80s and 90s

and how The Haenggi Foundation Inc. got involved in the launching of this Project

What was it all about?

The feasibility report of 1984

Original concept for Pelmama Academy including a theatre at Mofolo Park, Soweto - click for PDF of architects plans! 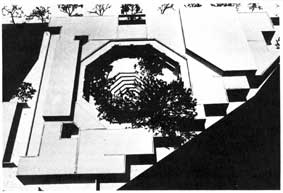 Model of proposed Pelmama Aademy and Theatre in Mofolo Park, Soweto, in 1983

For further details, please refer to the 1984 report "The Economic Feasibility of a Tertiary Institution for the Arts in Greater Soweto, including a Theatre, with special reference to the Pelmama Academy, Mofolo, Soweto", officially handed over to Mr F.M. Chuenyane, Chairman of the P.A.D.M.W. Trust, by Dr. P.J. de Lange from R.A.U., at a luncheon held at R.A.U. on 29.11.1984. 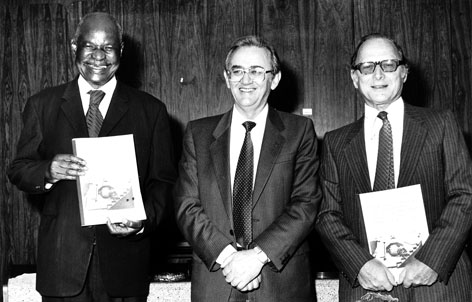 Copy of the full report is available from The Haenggi Foundation Inc., Basel, on request, or can be viewed at BAB, Basel

This dream did not become a reality, unfortunately, but the following was real! 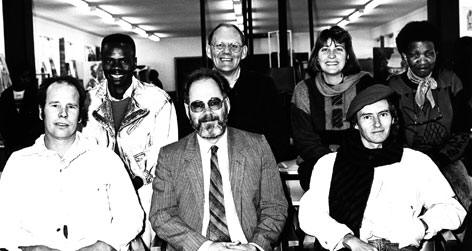 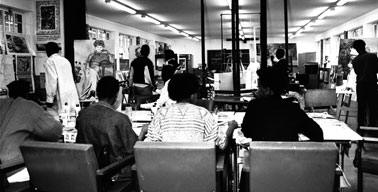 Students in their studio at Pelmama Academy Soweto Campus in 1989 (img. Vernon Naidoo)

For details p7 on: 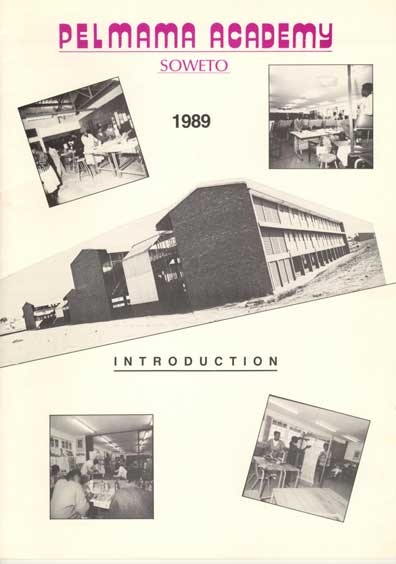 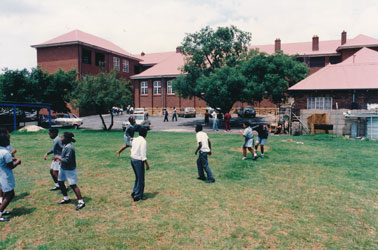 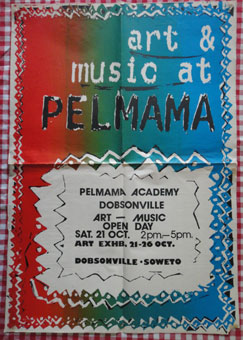 Historical Review by Gordon Froud published in 2009 by the Pretoria Art Museum in their PELMAMA Donation's brochure, covering the period 1993-1997

Summary list of all Donors of instruments, books, art material and financial support received from 1987 to 1993 from SA and abroad

WHAT HAPPENED IN THE END?

Pelmama Academy Soweto was placed under the management of and fully integrated into the Manu Technical College as from January 1993, the latter in turn changed its name to Dobsonville College, when it fell under the Gauteng Department of Education, then it was listed as a campus of the South West Gauteng College (FET) - a far cry from the original concept of the initiators of the PELMAMA ACADEMY SOWETO way back!

The Eastside College was established in 1993 (registered as a Technical College), Mr M. Muller being its Principal. On 27th May, 1996, the Eastside College stated inter alia that "Eastside is in the process of amalgamating its Art Department with the National School of the Arts, therefore donations of books are obsolete"(!)

The National School of the Arts, Johannesburg

You need the the free Adobe Reader to read the many PDF files!