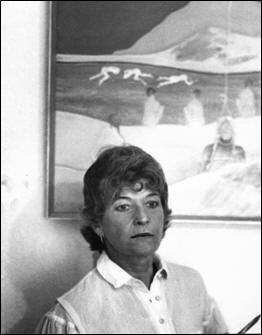 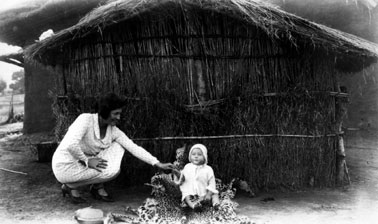 Stephanie with her mother Mollie somewhere in Central Africa

In about 1934, the family moved to South Africa.

In 1950, Stephanie married Keith Watson who had recently arrived from England - they had three daughters, Keithayn, Eve and Peta and lived on the East Rand in Springs and Benoni.

In the 1960s, Stephanie studied art at the Johannesburg School of Art (under Joyce Leonard, Mervyn Dewes and George Boys) and the Visual Arts Research Centre, Johannesburg. 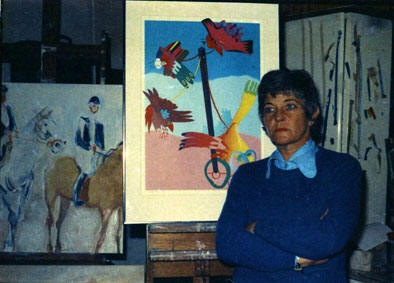 Stephanie WATSON in her studio at Rynfield in 1975

She loved to travel and undertook numerous trips to various countries, such as those bordering South Africa, to Britain and Europe, to Israel, Egypt, Iran, Mauritius, Seychelles, Madagascar, India, and to coastal ports of Argentine, Uruguay and Brazil.

She was a member of the Artists Guild, Cape Town. From 1978 she lectured at the Ruth Prowse School of Art, Cape Town; 1981-1983 she was a lecturer at the Strand Technical College; later she also taught at studios in Gordon’s Bay and Grabouw.

In September, 2000, Stephanie Watson died in Cape Town after a short illness.

Full C.V. and images from the family album

Please click on this link to see further details! 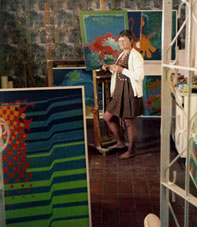 Stephanie Watson in her studio, 1969, working on her "Subaqua" series

Gallery 21, Hyde Park, Johannesburg (“Recent acrylics and silkscreens”) (theme based on Tolkien’s “The Lord of the Rings”) – 29th September to 18th October, 1973 (10th solo show) – illustrated catalogue and images of 10 paintings from the Hobbit Series shown then (PDF). 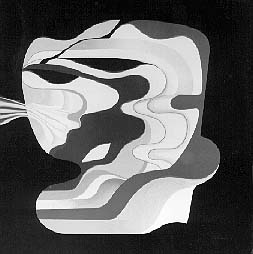 An acrylic from the "Hobbit Series", 1973 by Stephanie Watson (photo D76 © Melvyn Penn)

Other Exhibitions were held at Walsh Marais Gallery, Durban (8th to 25th April, 1969) and the SA Association of Arts, Cape Town 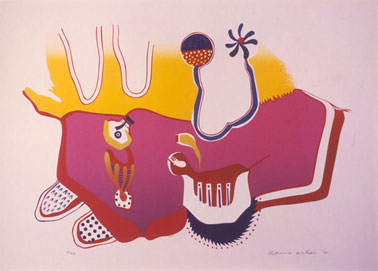 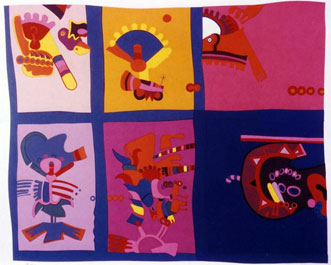 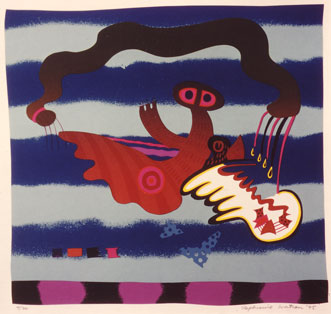 A master set was donated to the Oliewenhuis Art Museum, Bloemfontein

The Pretoria Art Museum, Pretoria, and the SA National Gallery, Cape Town, also own a few of these silkscreens. 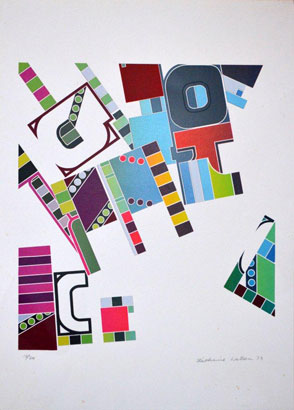 Stephanie Watson was also commissioned for a series of silkscreens for a Hotel Group in South Africa - these were printed by Adrian Victor de Villiers and Mel Burger in her studio. 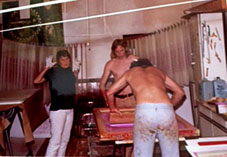 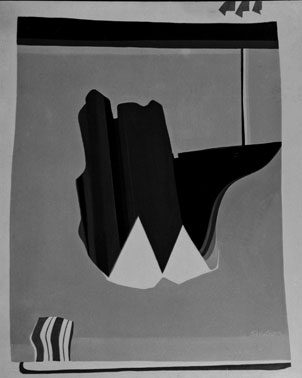 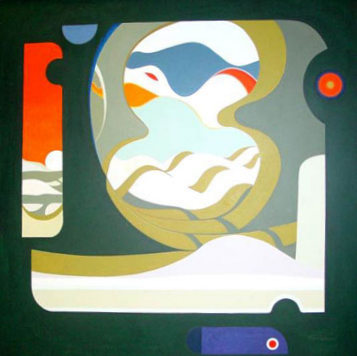 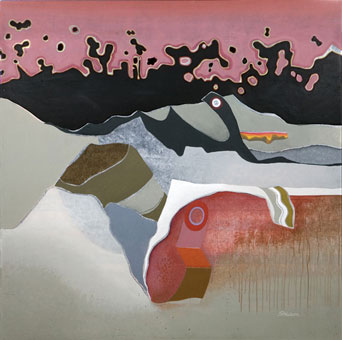 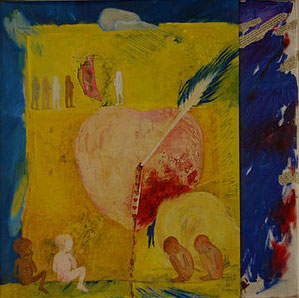 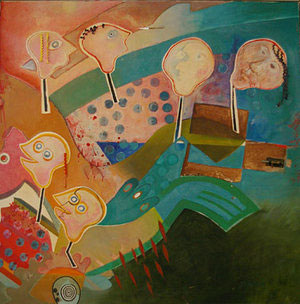 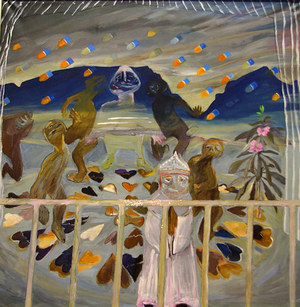 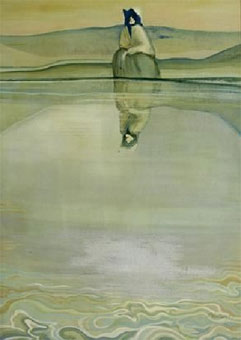 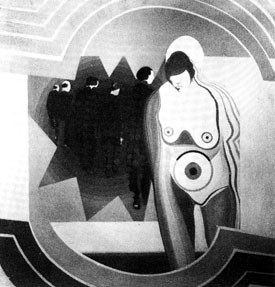 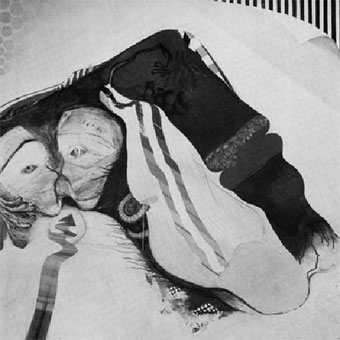 See additional paintings by Stephanie Watson on this link! 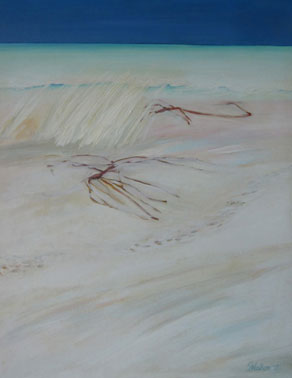 Click on image to view 3 paintings from the "Underwater" 1970 exhibition at Gallery 101 as illustrated in ARTLOOK 47! 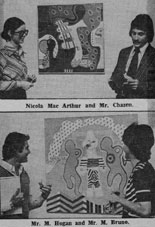 "At the Watson Exhibition" - click on image for better view!