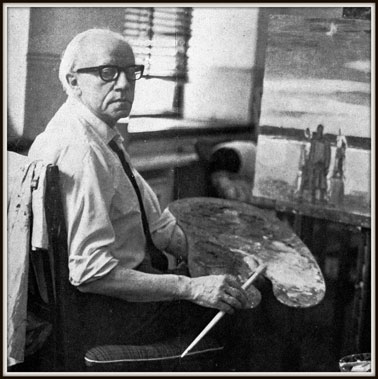 Maurice Charles Louis Corneille van Essche was born on 4th October, 1906, in Antwerp, Belgium, the seventh of eleven children, of whom only eight survived infancy. The family was French-speaking despite its Flemish roots; his mother's maiden name was De Ridder.

In 1911, the family moved to Bruxelles where Maurice was educated. In 1924 he studied art at the Brussels Academy of Fine Arts under James Ensor and Prof. Willem van den Bruel but halted his studies in 1925 for lack of funding, first working in a stained glass studio to earn a living, then in 1926 he worked as wallpaper designer. He was also a freelance cartoonist while painting all the while.

In 1930 Maurice became a member of the group 'La Jeune Peinture Belge'; he won the silver medal at the International Exhibition, Antwerp.

In 1933 Maurice van Essche married Lucette (Lucie) Josz (*1908); they left for South of France where he studied briefly under Henri Matisse in France having met him by chance in an artist's supply shop in Cagnes on the Riviera that year.

Thereafter he continued to paint and study full-time thanks to the sponsorship of his elder brother, Joseph Charles, and a group of friends.

His break came in July 1939 when he won a scholarship in a competition organized by the Belgian Government, commissioning him to undertake a painting expedition to the Belgian Congo. His travels and experiences there influenced him profoundly, and the visions and emotions of that period echoed through his work for the rest of his life.

In 1940 his wife Lucette and son Ludovic (*1935) fled German occupation of Belgium and joined him in the Congo. Lucette could not cope with tropical conditions and they moved to the relatively milder climate of the South African Cape. From late 1940 they stayed temporarily in Cape Town.

From 1943 to 1945, Maurice van Essche taught at the Johannesburg Art School (Wits Technical Art School); he became a member of the New Group in 1946 and founded the Continental School of Art, Cape Town, leaving in 1951 to become a lecturer at the Michaelis School of Fine Art at the University of Cape Town in 1952.

In 1948 Foundation member of the International Art Club of South Africa; exhibited with fellow members in Turin, later elected Chairman.

1958 Appointed Commissioner for South Africa at the Venice Biennale

1965 Appointed Dean of Faculty of Fine Art and Architecture, University of Cape Town

Maurice van Essche retired from academia in 1971, but continued to paint prolifically, despite poor health, including several heart attacks.

He travelled in Europe and eventually settled at Châlet "Bois Gontier" in Marin-Sussinges near Thonon-les-Bains in France, at his wife's behest. His health continued to deteriorate, and he could not travel to attend his own retrospective exhibition in Cape Town in 1974.

He missed Africa terribly, painting African scenes while searching in vain for local inspiration. His new themes included hippies and musicians, but he destroyed much of this work. His European landscapes from this period are dark and depressed, in stark contrast to the vibrant African scenes that flowed nonetheless. His oils continued to sell well in South Africa, and his reputation grew. He succumbed to a heart attack on 12th June 1977 following a fall and poor medical care. 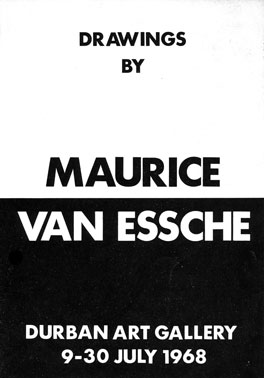 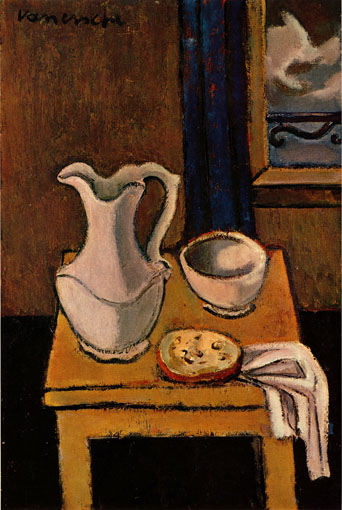 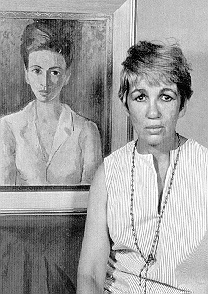 "Portrait of Joyce" by Maurice van Essche, an early painting 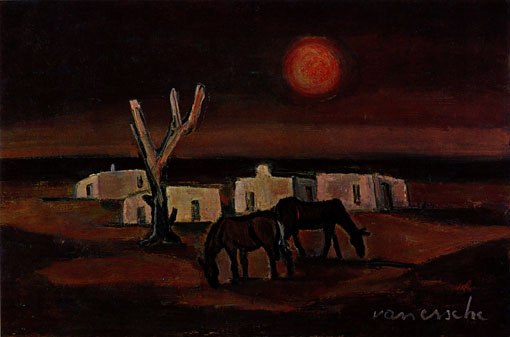 Maurice van Essche is represented in most museums in South Africa including:

Over the years, many important works have been offered by Bonhams, London, and leading auctioneers in South Africa 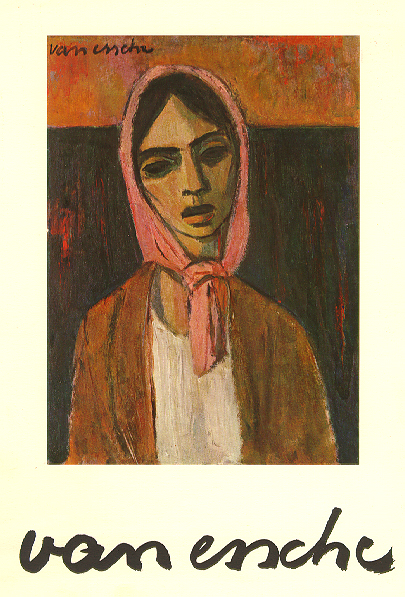 “Van Essche” (Büchner) (Tafelberg Cape Town) (1967) (21 plates + text) (ed. 750, of which 200 are numbered and include an inserted lithograph „Seated Nude“ drawn directly on plate and individually signed by the artist) 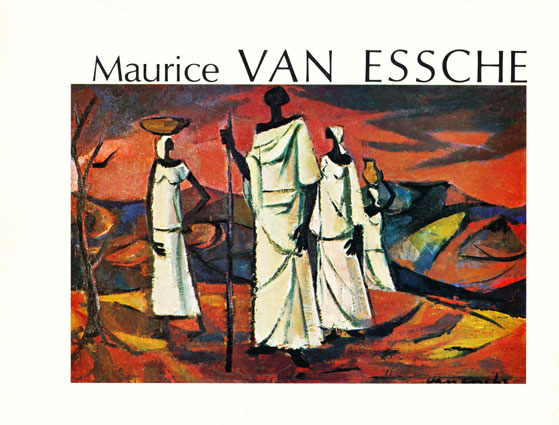 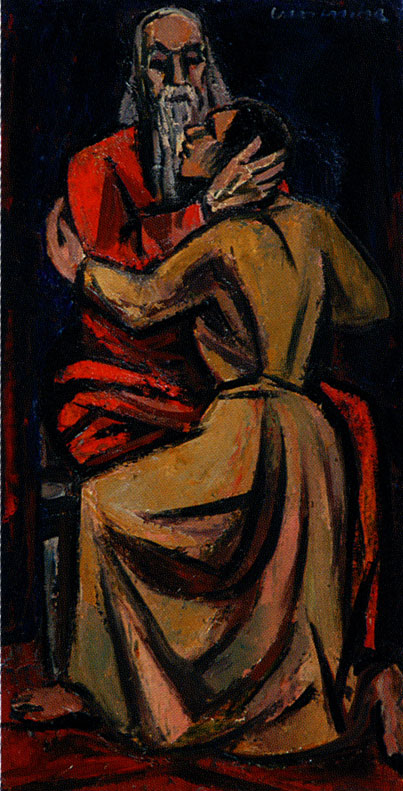 At least one print was published by E Schweickerdt, Pretoria (62x74 cm) and two by Gallery 101, Johannesburg, including "The Mealie Seller", in agreement with the artist.

http://lubumarts.africamuseum.be/bibliographie.pdf - (search PDF for "Essche" for various references in the former Belgian Congo) 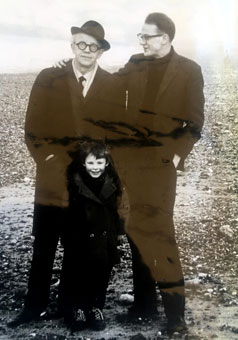 From correspondence between Maurice van Essche and his main dealer in Johannesburg in 1974 to 1976, held by the archives of The Haenggi Foundation Inc., Basel, it appears that there were many FAKES of the artist's paintings offered at that time by third parties in the country.