Works by DUMILE exhibited in 1975 at GALLERY 21 LONDON

The archives of Gallery 21 London are incomplete, but the following information was found, of interest to researchers on the South African art scene

The above 5 works were framed, catalogued and exhibited during February and March, 1975 ("African Art from South Africa"), together with 4 works by Louis Maqhubela, 5 works by Leonard Matsoso, 7 bronzes by Stanley Nkosi, 3 wood panels and various silkscreens by Lucky Sibiya, 10 sculptures by Lucas Sithole, 4 works by Sydney Kumalo. None of the works by DUMILE were sold during the exhibition.

In addition, the gallery received another 3 works from DUMILE, marked LD281-LD283, having the same theme as LD280, but they were not for sale and not exhibited.

Click to see the London and Johannesburg PRESS REVIEWS in PDF format relating to this show.

In the London files we also found the following illustrations which appear to originate from the Grosvenor Gallery, London - the works were probably shown at Gallery 21 London during 1974 and 1975 - we do not have further details on this. 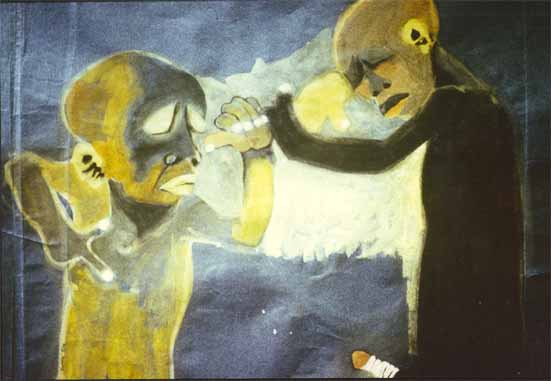 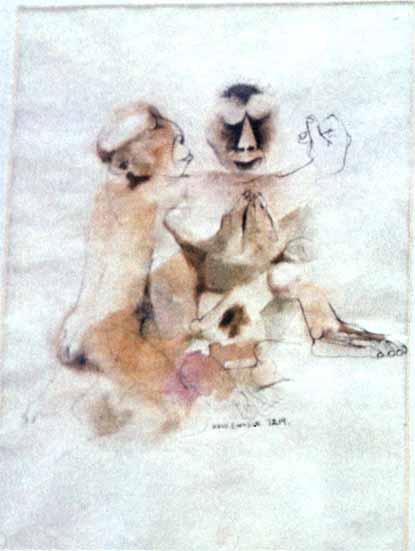 Another work from the London period can be seen on