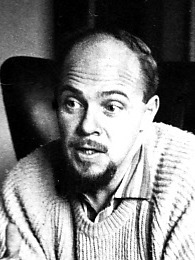 1927 born Allan Ross Mendes in Toronto, Canada; 1951 first exhibition at the Toronto Art Gallery; lived for 2 years in Montreal before returning to Toronto in 1954; left Canada for Spain in 1957; married Phyllis Bagley in Palma de Majorca, Ibiza, 1957, where he lived and painted before moving to London in 1958 where daughter Tanit Ann was born; in 1963 he emigrated with his family to South Africa, first settling in Cape Town, then moving in 1965 to Johannesburg.

Ross Mendes, his wife and their 4 children returned via Ibiza to Toronto, Canada in 1967; Ross Mendes continued to work as an art director, started to teach at Toronto’s York University and the Cambrian College. From 1972 Ross Mendes instructed at the Ontario College of Art and Design for 23 years.

He was an art critic for The Cape Times, Cape Town, the Canadian Forum and ArtsCanada.

In his younger days, Allan Ross Mendes created comic books, designed sets and later worked in advertising. He designed the record cover “Themes from Great Motion Pictures” for Solitaire Records, Toronto ON in the 1950s.

The site http://rossmendes.ca/, a website formerly maintained by his Estate, has not been functioning since 2015. 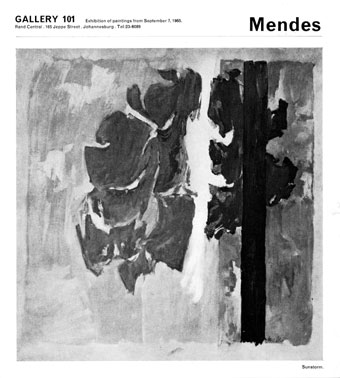 Selected works on the Gallery 101 exhibition in 1965 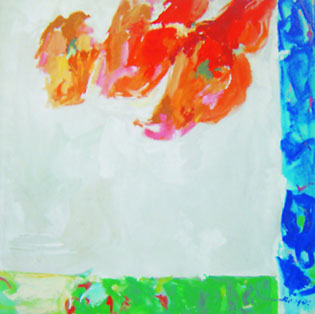 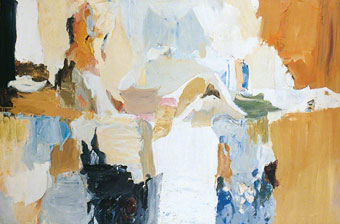 This work is illustrated © in b/white as cat. 2, 1964 in the Gallery 101 Johannesburg exhibition catalogue from 1965 and was minimally reworked by the artist and re-dated 1967, now in the University of Leeds Art Collection 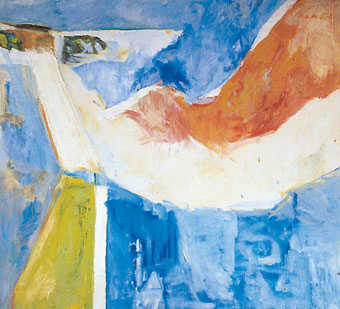 This work is illustrated © in b/white as cat. 10 in the Gallery 101 Johannesburg exhibition catalogue from 1965, now in the University of Leeds Art Collection

View 2 other paintings exhibited at Gallery 101 Johannesburg in 1965 by clicking on these links (black/white images):

16 paintings by Ross Mendes in their collection per http://www.bbc.co.uk/arts/yourpaintings/artists/ross-mendes 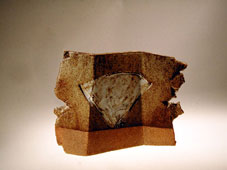