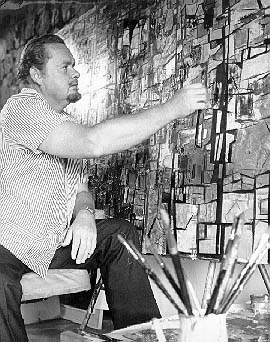 Gordon Vorster was born in Warrenton, near Kimberley, on the 17th of September 1924.

Being a diamond digger, his father led a nomadic life and, through accompanying him on his trips, Gordon got to know the Kalahari and Griqualand at an early stage of his life. He was educated at the Diamantveld Hoërskool in Kimberley and originally intended to become an accountant. During the war he joined the S.A. Air Force and saw service in North Africa and Italy. His experiences in Italy fostered an  interest in art which resulted in his decision to study instead, and he did so at the University of the Witwatersrand.

In 1950 he joined the Killarney Film Studios as Art Director where he was involved with many documentary and feature films as a writer, producer and director. He kept to this until 1963 when he decided to stop full-time filming in order to devote all his attention  to his paintings. He started exhibiting in 1964 and the enthusiasm of the critics and art collectors  encouraged him to take this step.

He built himself  a house at the confluence of the Crocodile and Juskei rivers  and concentrated on painting . His works now hang in South African art museums and in corporate and private collections in South Africa and overseas.

He was an accomplished actor, and was awarded the 'Oscar' of the Motion Picture Producer's Association for his performance in the film 'Pappa Lap'. He also won two Star Tonight Awards for 'The Story of an African Farm' and  'The Pain'.

Gordon Vorster working on one of his novels at home (photo © Marianna Christine du Toit archives) - click on image to enlarge!


Gordon Vorster passed away on 9th October 1988 at the age of 64 - his departure was widely reported in the press.

He left a wonderful collection of artworks to the community. 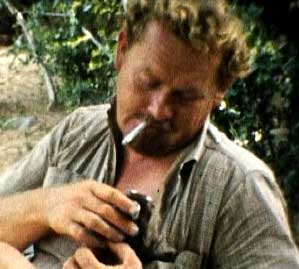 The parents of Gordon were Paul Philippus Vorster and Nancy Christina Clack; Gordon had one brother and two sisters. 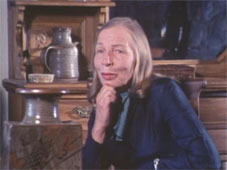 For more details on the family, search "Vorster.net" 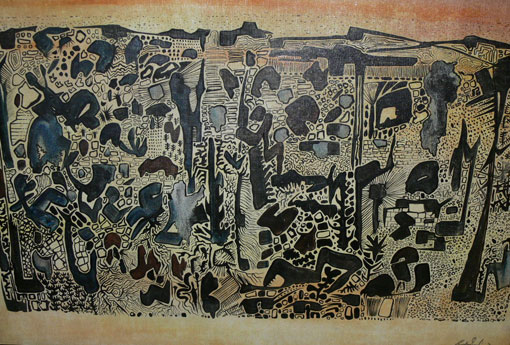 A selection of works 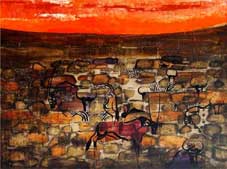 Further 9 images from our archives

Various issues of "ARTLOOK", Johannesburg (search for "Gordon" on this PDF link)

"The World of Gordon Vorster" (Esmé Berman, 1979) DVD from a cassette from the series "Men of Merit" issued by the SABC Archives, Johannesburg - see extracts on Youtube 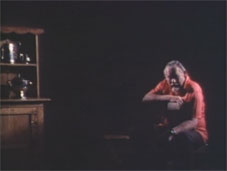 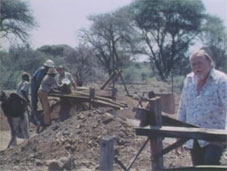 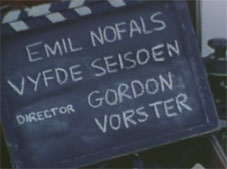 Additional reference to Gordon Vorster as a film producer and actor

As announced in ART No. 2, 1988 (Bruce Attwood), a manuscript on Gordon Vorster with images was to be published by Nora Melissakis, but the magazine folded and the manuscript cannot be traced any longer, nor the writer.

www.pelmama.org - do an internal search for "Vorster"!

Please contact our office in Basel as we have a very comprehensive documentation on Gordon's life which will help!