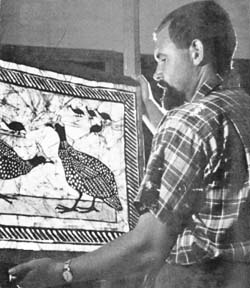 Louis STEYN was born in Pretoria 1934, he grew up in the Kruger National Park where his father was a game warden; he was educated in Pretoria and studied at the Pretoria Art School under Robert Hodgins and Esias Bosch.

His close association with wild life gave him an intimate knowledge of the subject matter of his work, of insects, plants, fish, animals and abstract patterns of nature.

Other works are in private collections in the U.S.A., Europe, Japan, South Africa and Canada, including a panel commissioned by the Californian writer Mrs Thomas Raeburn White.

38 of his batik works toured Canada under the sponsorship of The Art Gallery, Memorial University, St. John’s, Newfoundland, during 1967/1968. Another similar exhibition toured Canadian museums again in 1969. 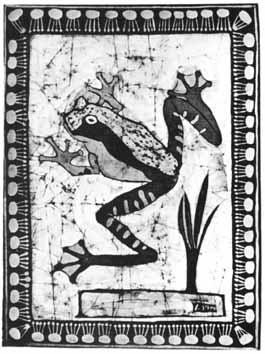 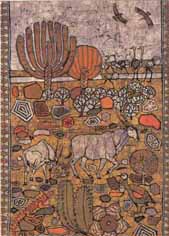 Louis Steyn illustrated the publication "Fishes of the Transvaal", published by the SA Breweries Institute, Johannesburg, in 1968, co-authored with Pieter le Roux

There are many more undated cuttings and illustrations on Louis STEYN in our archives! 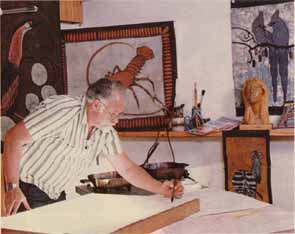 www.pelmama.org - do an internal search for "Louis Steyn"!

If you have additional information or images on Louis STEYN, please let us know so that we can update this page!