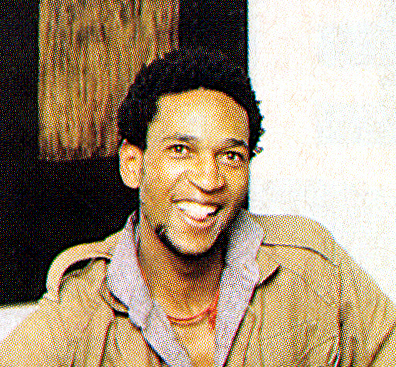 Lucas SEAGE, born in Johannesburg (Newclare) on 2nd November, 1956, died on 3rd November, 2009, near the Botswana border. A Tswana national, he moved in 1958 with his parents to Soweto.

He started drawing at age of 11 using pencil and oil pastel his parents had bought. In 1973, he passed Form II at Barolong High School, Gaborone, Botswana, in 1975 he moved back to Johannesburg. In 1976 he attended the Damelin College, Johannesburg, studying for Form III which he did not finish.

During 1978/1980, he studied painting, sculpture, basic art history at the Johannesburg Art Foundation under Bill Ainslie, Ricky Burnett and Jenny Stadler. There he was introduced to the Dada and Surrealist art movements.

During 1981/1982, after a brief introduction in media at the "Freie Universität" FU (Hediger) in Berlin, he began his studies at the Düsseldorf Academy, Germany, under Joseph Beuys and Prof. Klaus Rinker, the bursary being the 1st prize he had won in a national art competition in South Africa. He cut short his studies due to ill health. In December, 1982,  he applied for a USA scholarship for drama and theatre but did not follow through.

During 1987, Lucas Seage designed and built sets for local and national film companies; in 1988 he established an interior and design consulting agency in Soweto to promote and educate local artists.

In 2007 he was living in a small town close to Botswana, making expeditionary trips to spiritual healers in different parts of Botswana.

2009 Lucas Seage died from complications associated with a diabetic condition acquired in recent years. He is survived by his son Herman Obusitswe Seage.

Won 1st overall prize for sculpture at The Haenggi Foundation National Art Competition 1981, Johannesburg, enabling him to take up a 2-year Konrad Adenauer Foundation bursary at the Düsseldorf Academy in Germany.

Lucas SEAGE with his 4 works submitted for the national competition. The bed was the prize-winning entry (click on image © for a better view)!

Included in Johannesburg Art Gallery, Johannesburg - The Neglected Tradition: Towards a New History of SA Art (1930-1988)

The following is a Statement made by The Haenggi Foundation Inc., Johannesburg, to the Konrad Adenauer Foundation on 8th September, 1981:

“Lucas Seage is confident as far as his future in art is concerned (when he submitted his works to the Selection Committee, he even stated that he was sure he would win the first prize!); he is however easily influenced by the general opinions of others concerning life, politics, etc. and can get very upset about the present situation in S.A., which he portrays in his creations. Our feeling is that Düsseldorf (Prof. Beuys) or something similar would be the right venue for his further studies. He prefers working by himself, or in a small group.

His finances have to be very strictly controlled, as of late he has been supported by certain churches and other benefactors and he has not had to depend much on his own efforts. He is very friendly, joyful, moody and sensitive.

Out of 4 works submitted to the Jury (2 paintings and 2 sculptures), 3 were accepted for exhibition, including the prize winning entry.

We do support his application and feel that he will be one of the most important contemporary Black artists in time to come.”

SUPPORTING STATEMENTS to the Konrad Adenauer Foundation were also given by Paul Stopforth, Terence King and Bill Ainslie. 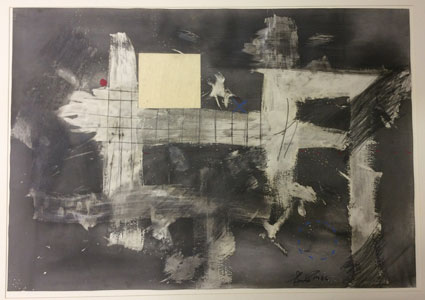 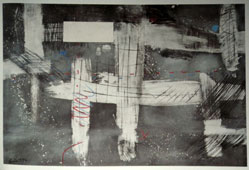 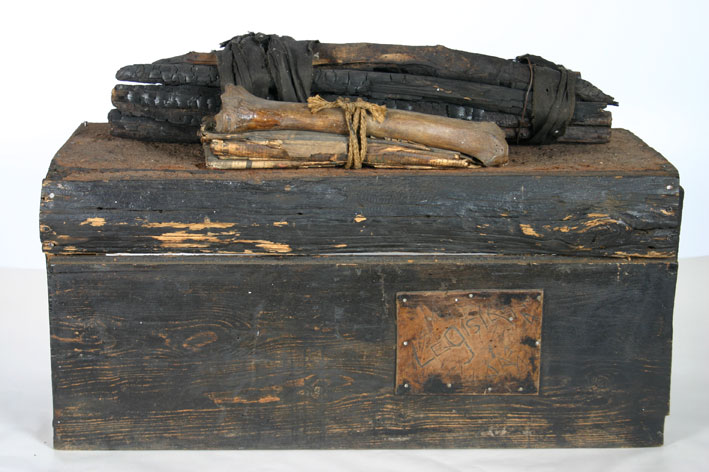 Donated to the Wits Art Museum by Lionel Murcott in 1995 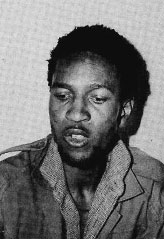 Click on image to read the interview published in Staffrider in November 1981!

The Collection of  J.L., London 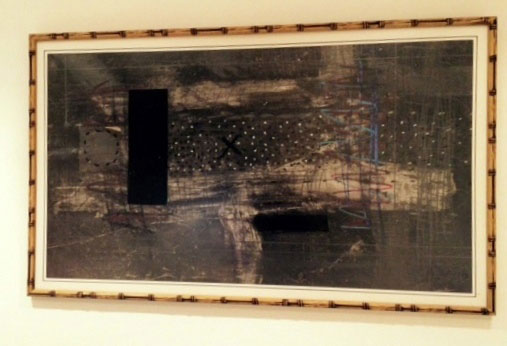 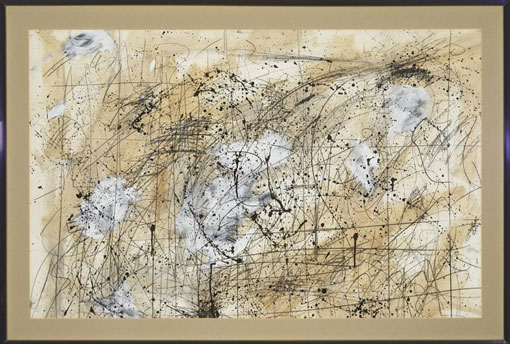 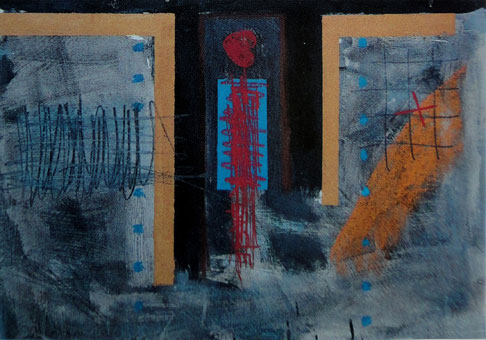 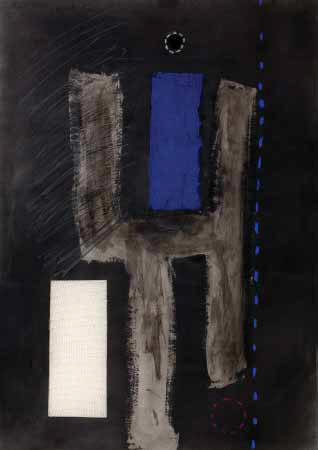 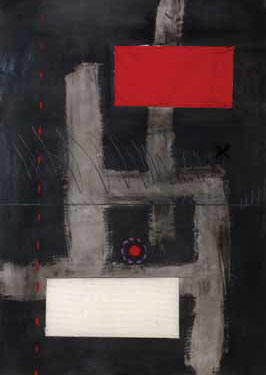 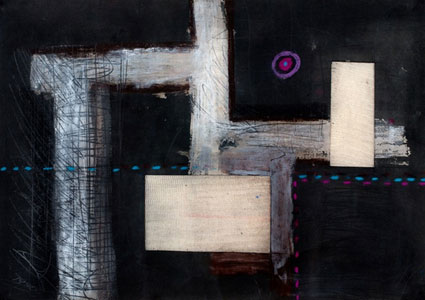