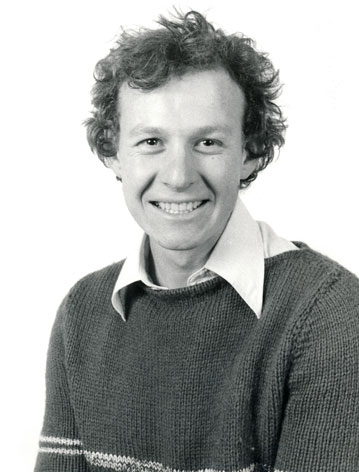 Born as Allan David Schwarz in Johannesburg on 12th September, 1955

Matriculated in Johannesburg with distinctions in Industrial Arts

Entered School of Architecture, University of the Witwatersrand, Johannesburg

Commissioned to paint sets for Michelangelo and St. Lori adverts

Studied at the International Academy of Plastic Arts, Salzburg, Austria

Participated in group shows at Collectors Gallery, Sandton (“All creatures great and small”) and Gallery 21, Johannesburg (“Treasures of the Year”)

Awarded Certificate of Merit, University of the Witwatersrand

Founded Graphic Unit, Dept. of Architecture, University of the Witwatersrand

He completed his degree in architecture at Wits, Johannesburg – B. Arch (WRand)

** Donated by The Haenggi Foundation Inc. as part of the original PELMAMA PERMANENT ART COLLECTION

Was Professor at Massachusetts Institute of Technology M.I.T. - While at MIT, Allan designed and taught a course called "Design with Nature"

Selected web references relating to his later activities in Moçambique

Extract from this website's article relating to his architectural activities:

Allan Schwarz, South African by birth, is highly decorated in his professional career as an architect. He’s

His knowledge and skill set are both vast and deeply vertical, with interdisciplinary roles as architect,

which won him a fellowship with the prestigious organization for social entrepreneurs, Ashoka, in 2000.