jewellery in silver and gold 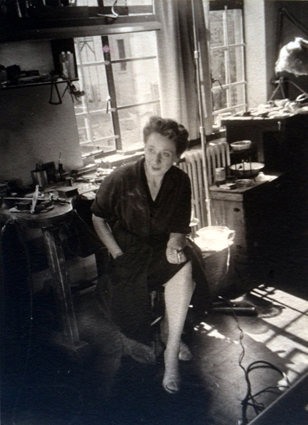 Margaret Richardson in her studio in Johannesburg 1958

Brief note on the artist

Born Lilly (Ulli) Margarete Samuelson ("Margie") on 1st October, 1908 in Königsberg (Eastern Prussia) (now Kalinigrad). Her father was Robert Samuelson (b. 1858, d. 13th April, 1932), a military doctor, her mother Edith (née Rosenberg) was a military nurse. In 1914, Margaret and sister Eva stayed with an aunt in Berlin as a result of the Russian attack at the Battle of Tannenberg.

After attending school in Königsberg, Margaret trained as gold and silversmith at the Fachschule Schwäbisch-Gmünd, graduating in 1928 (3 years as a jeweller, 3 years to obtain a master's qualification); she then worked in her home town Königsberg, later in a rented house at 2 Uferstrasse, Schwäbisch-Gmünd. She fled in 1936 from Nazi Germany over England to Tel-Aviv, Palestine, where she worked as a gold and silversmith.

In 1943, she met Freeman Richardson, in 1944 she travelled alone to Durban on the first civilian flying boat, then married Freeman in 1944 and moved to Bloemfontein, as her husband was in the Air Force there. In 1946, they moved to Cape Town as her husband had started an import/export business, Margaret working as a gold and silversmith.

In 1956 Margaret Richardson moved to Johannesburg, she divorced in 1957. 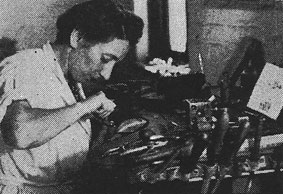 Margaret Richardson was a member of the Witwatersrand Gem and Mineral Club, Johannesburg. She was a very private person who did not seek much publicity, hence the lacuna on her past. She had no children of her own. In 2016, her step-daughter in Johannesburg updated us on missing information.

Most of her work was done in Sterling silver, very occasionally she was also commissioned for an item in gold. 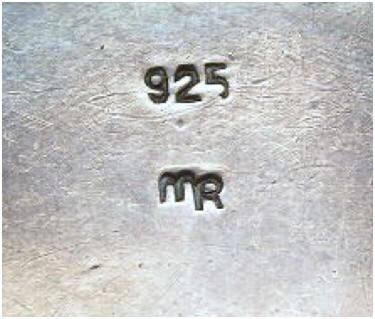 A selection of jewellery by Margaret Richardson 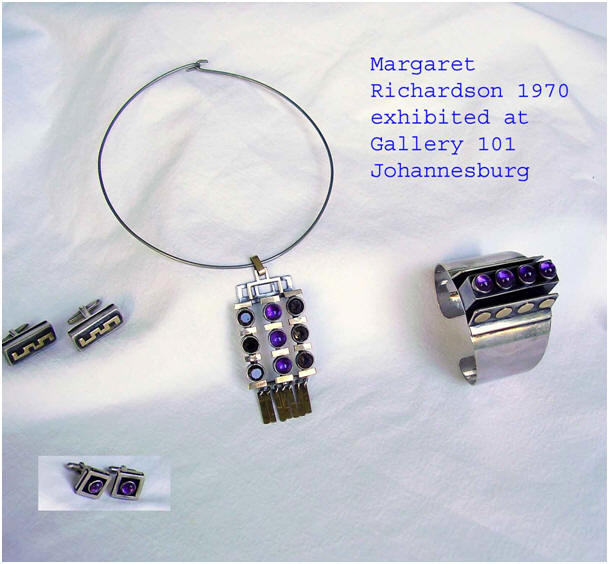 If you have additional images on Margaret RICHARDSON or of her creations, please send them to us so that we can include on this page!