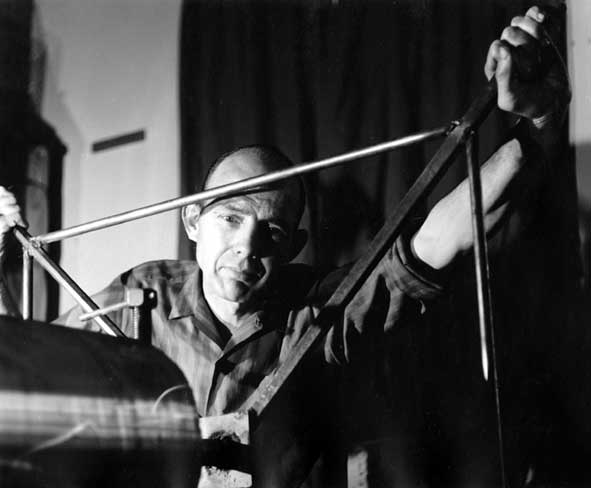 Eben Leibbrandt at his etching press in 1962 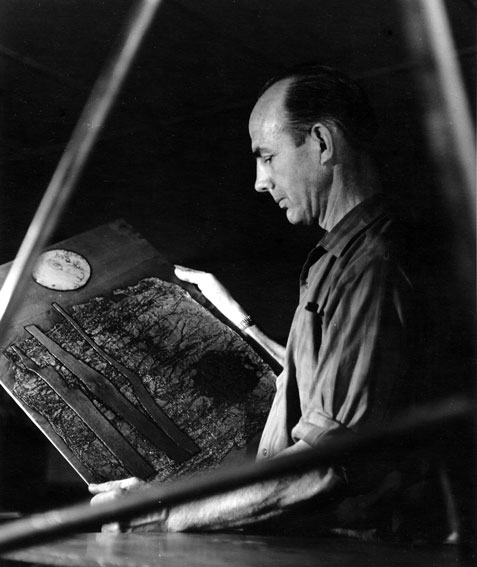 Eben Leibbrandt holding one his original copper plates shown at Gallery 101 in August, 1962

1975 departed for Spain, settling near Barcelona

Returned to Spain - in 1986 he lived in Lloret de Mar, Girona

Commissions for sculptures received from: 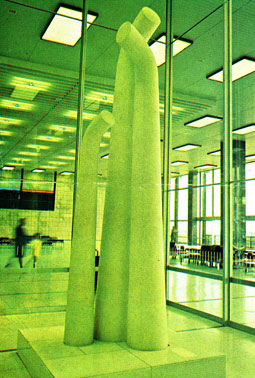 Works in Public Museums include:

Eben was married to Polly - she was manageress of the street level gallery of Gallery 101, Rand Central, Johannesburg for a while, after it opened in September, 1965. 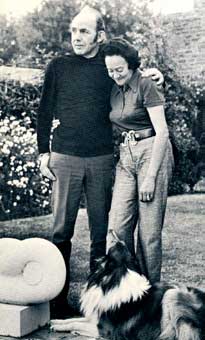 Click on following first 4 selected images for a better view and/or additional works from the same period! 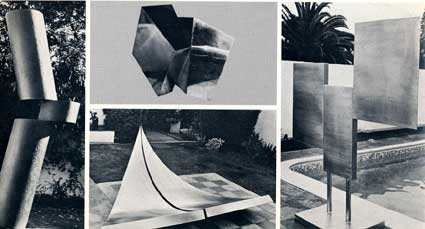 If you have additional information or images on Eben Leibbrandt and his work, please let us know so that we can update this page!

You need to have the free Adobe Reader to read the PDF files!