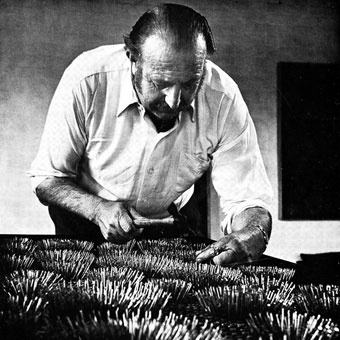 Eduard Louis LADAN was born* on 27th March, 1918 (1916?), in Kalk Bay, Cape Province, to a French father (Louis Gerard Ladan) and Dutch mother (Katrina Maria Ladan) who were immigrants from the Netherlands.

He was a painter, sculptor, and graphic artist and pioneered nail sculpture in South Africa in the early 1950s. He worked in oil, water colour, bronze, ciment fondu, wood, and mixed media including nail and plastic constructions, as well as various graphic media. Eddie Ladan, as he was called, studied at the Royal Academy of Fine Art in the The Hague, Netherlands in 1937 to 1939. He was a contributing art writer and critic to the Cape Times and The Cape Argus from 1969 to 1977 and an Art Advisor to the Advisory Board for the SABC Radio Service and SABC-TV from 1983 to 1986.

He served with the South African Air Forces during World War II and was mentioned in dispatches for distinguished service, King's Birthday Honours 1943; he was a Flt. Sgt. with 61 Squadron Grand Central Air Station and No 40 Squadron S.A.A.F.

1964 - Venice Biennale - included in South African entry with one graphic 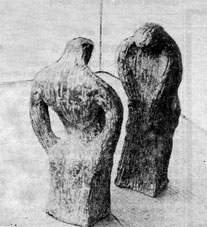 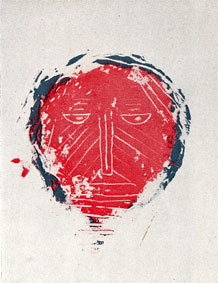 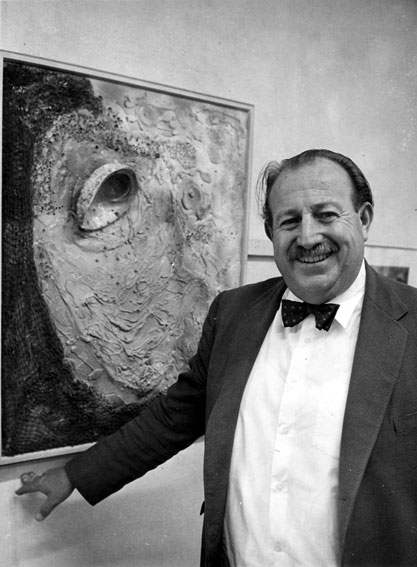 Eduard Ladan with one of his paintings in 1966 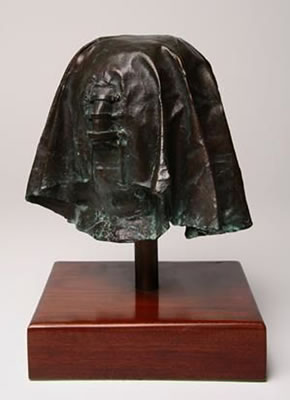 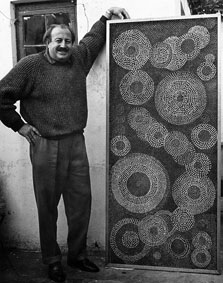 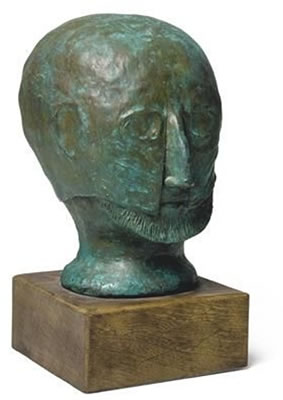 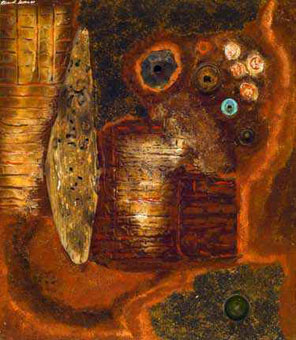 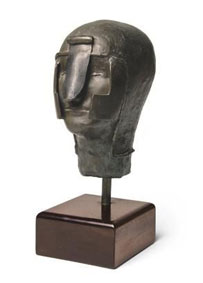 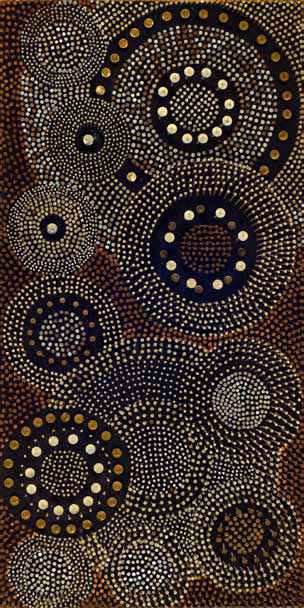 "Those Crowded Years" (produced by Raymond Hancock Films) - First episode - interview with Eddie Ladan and others, on TV1 (3rd November, 1985)

Eddie Ladan usually had his bronze cast by Jean Doyle, Cape Town - his exhibitions were always well attended and he received from well-wishers dozens of telegrams which, in the case of Gallery 101, were displayed during the exhibitions!

*While 99% of publications list 1918 as the year of birth, in his attestation under oath dated 6th November, 1940 to join the SAAF his date of birth is recorded as 27th March, 1916 - however no official birth certificate has been provided as yet to confirm this date.