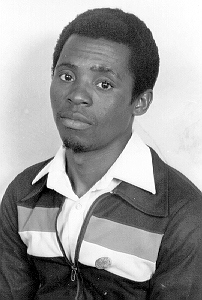 Shadrack Sepenya (Swenkie) HLALELE, a Southern Sotho national, was born on 17th March, 1956, into a family of seven, in Sharpeville where he has lived most of the time.

Intensive 6-month German course at Goethe Institute in Germany prior to studying at Düsseldorf Akademie (under Prof. Joseph Beuys and Rolf Sackenheim), as a result of gaining 2nd prize in “The Haenggi Foundation National Art Competition, 1981”, Johannesburg, sponsored by the Konrad Adenauer Foundation (Institute for International Partnership), St. Augustin, Germany.

Personal Notes about the trip to take up the bursary

Shadrack HLALELE left on the same LUFTHANSA plane as Lucas SEAGE (overall prize winner), on 26th October, 1981. Whilst he was sent off by his family, cousins and numerous friends nobody saw SEAGE off as he had not found it necessary to notify anyone!

Whereas SEAGE came back too early, cutting his trip by about 6 months, Shadrack HLALELE seems to have had problems (only coming back early 1986), getting into difficulties and bad company, running out of money, and finally having his personal belongings, clothes and drawings impounded by the Manager of the Studentenheim, Kopernikusstrasse 78, Düsseldorf, during 1983!

Shadrack HLALELE came back a broken person, with mental problems, and could never work again - this is what we gathered from his last visit to our gallery in 1986.

The result of this was that the KONRAD ADENAUER FOUNDATION ceased to ever finance another art competition. Prize awarded for this work:

©Copyright to this work is held by The Haenggi Foundation Inc. under signed agreement with the artist, dated 30.7.1981 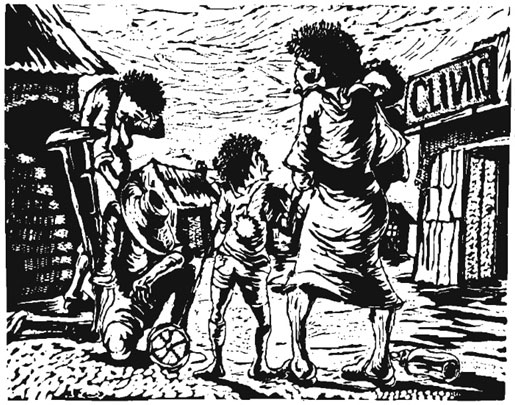 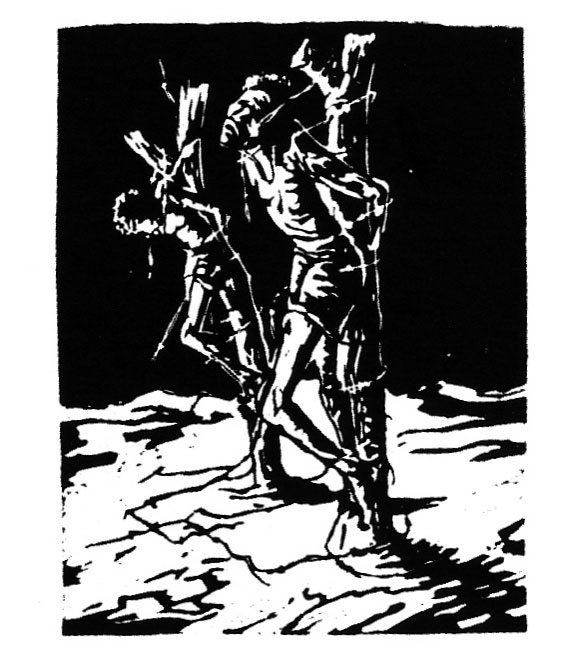 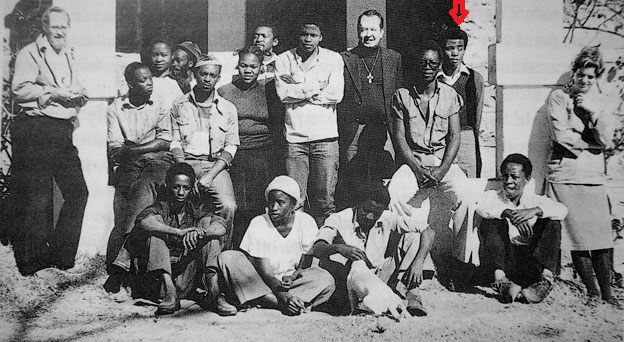 “Contextualizing the use of biblically derived and metaphysical imagery in the work of Black artists from Kwazulu-Natal: c1930-2002” (Juliette Cécile Leeb-du Toit, 2003), listed p.213

"The roots of black Post-Apartheid Art in South Africa" - essay by Aneta Pawłowska, University of Łódź (per Academia.edu), listed

(Avhashoni Mainganye stating about his art studies at Rorke’s Drift: „It was here that I met Shadrack Hlalele, an artist fondly known as "the Master")

If anyone has more images or information on Shadrack HLALELE, please contact us on this link!