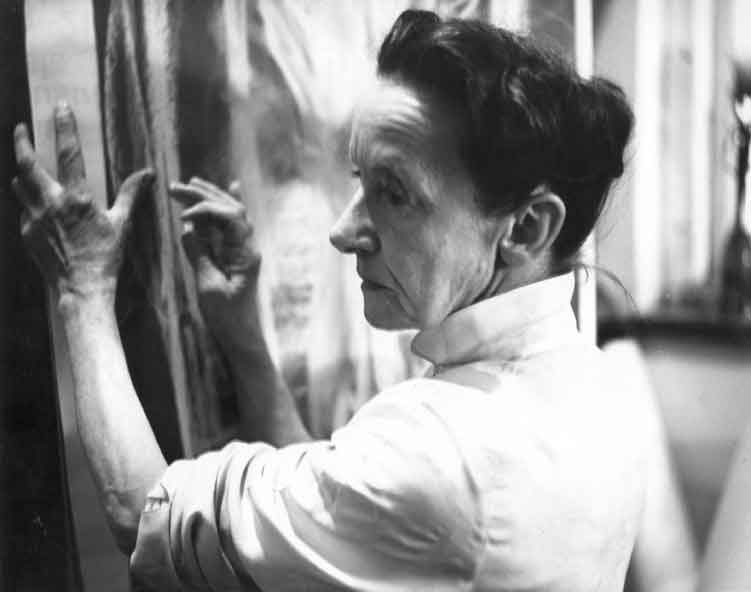 Born Adelheid Herzog in Basel, Switzerland, 7th December, 1905; died in Johannesburg, South Africa, 25th February, 1967, after an open-heart operation. She worked and exhibited in Europe before emigrating to South Africa in 1951.

Heidi Herzog's parents were Johannes Herzog, a bank accountant, and Anna Maria Herzog née Süss. Heidi, baptized at St. Peter's in Basel on 8th April, 1906, married against her family' wishes a Jewish painter. In 1931, she began painting at Torre del Greco (ltaly). She worked throughout ltaly and France, was influenced by André Derain and Dunoyer de Segonzac. She first participated in a joint exhibition at the Galeries Modernes in Marseilles. She worked for about eights months at the artists' colony "La Cadière d'Azur" with Robert Lemercier and André Favory (1888-1937). Held solo exhibition at Musée d 'Arles. Decisive period at Aix-en-Provence.

After losing her husband and their two children through bombs during WW2, she fled to Switzerland. Through a family friend, and as a result of her academic studies in chemistry in Basel, she was sent to South Africa, but this occupation did not satisfy her. After a short stay in Durban, she moved to Johannesburg where she dedicated herself to her art. She  was then noticed by Gerrit Bakker who offered her an exhibition at his gallery in May 1961.

For more details on her life, see also this link in German!

Gallery 101, Johannesburg – Memorial Exhibition of Paintings and Pastels – 6th May, 1968

Selected Paintings in South Africa and in Europe

N.B.: Click on two smaller images for a better view! All works are signed "HH" with date.

Except for some unconfirmed published listings, there was no proof of any works held in other public museums in South Africa as at 2009.

Basel - contrary to what Heidi Herzog or other researchers recorded in their published documentation, no work was held by the Kunstmuseum Basel or the Kupferstichkabinett Basel as at May 2009 (letter from them dated 29th May, 2009).

Works shown on other websites

"A Symphony in Colour - Heidi HERZOG paints", a forgotten 16mm film on the artist, produced by Peter Towers in 1965, is being processed by CFT Archive & Picture House Films, Thurso, UK. - see https://youtu.be/Tu_EktS4Vmk © for a small section of excerpts without sound, uploaded in 2016.

Works formerly in Private Collections as published in the SA press

Photos of paintings; Newspaper clippings 1961–1967; Memoranda, catalogues and programmes of exhibitions 1961–1984; Pencil sketch; Interview with Gerrit Bakker and other pieces on Heidi Herzog, 1983

If you have more information or images and exhibition catalogues on HEIDI HERZOG, please let us know for inclusion on this site - send to "info.at.pelmama.org"!