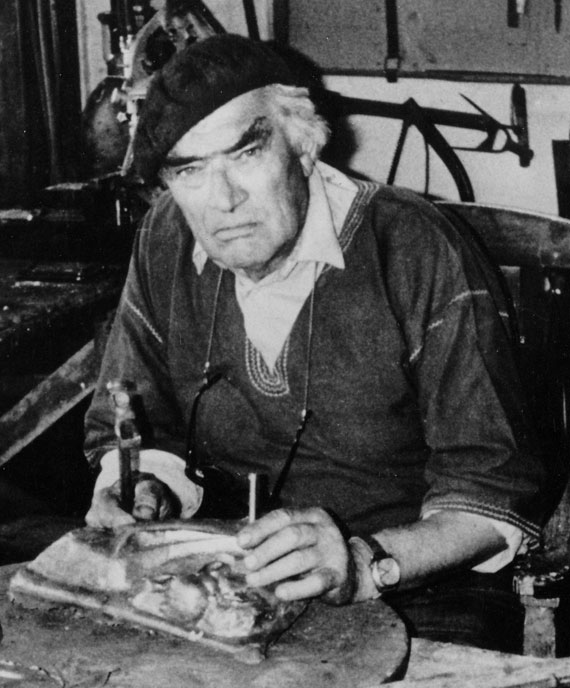 Born 1915 in Cluj-Napoca (Klausenburg), Transylvania, Romania, studied art at the Scoala de Arte si Meserii, Turda (Thorenburg), Romania, where he was awarded as best student a gold medal for sculpture. He then received from the German Consulate in Klausenburg a semester bursary to further his studies in Stuttgart. WW2 broke out, he became a P.O.W., then remained in Germany refusing to return to the by then communist Romania. He built himself a studio, concentrating on metal sculptures, and held a number of exhibitions in Germany.

In 1962, out of three artists proposed by the "Berufsverband Bildender Künstler", Munich, to the South African Government who were searching for a metal sculptor to execute large murals for the Parliamentary Building in Windhoek, he was the only sculptor selected. This was followed by a few public and private commissions, Michael Fleischer moving to Johannesburg. 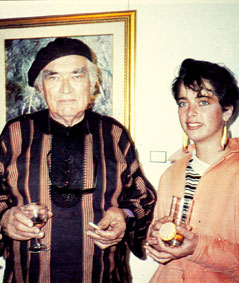 Michael Fleischer and daughter Mara in 1986

Michael Fleischer died at his home in Kalkheuvel, Broederstroom, on 3rd November, 1991 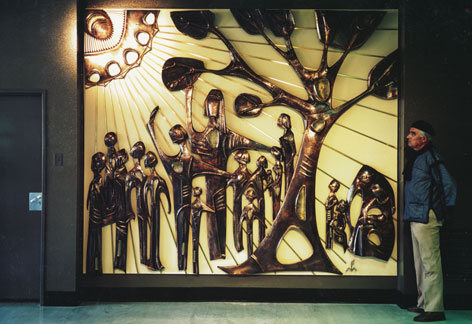 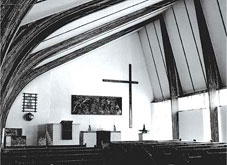 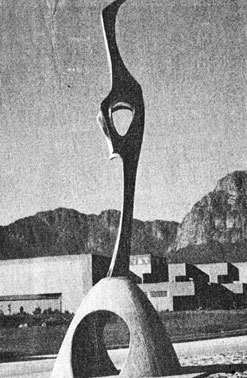 (Otto and Trude Schuster opened the "Künstlertreff" Restaurant "Csikós" in 1950, and in 1977/78 acquired this work from the artist to be placed in the gardens of the Düsseldorf Altstadt (info: The Star, 30th January, 1978, p.3) 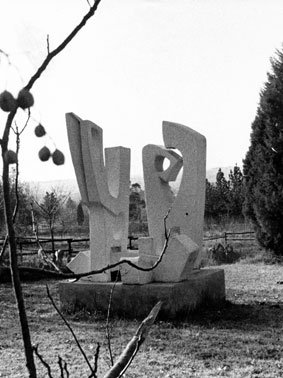 another monumental work by Michael Fleischer, in cast stone

Bronze sculptures on auction since 2001

Images of other selected bronzes auctioned can be seen on this PDF link!

Works in copper on auction since 2001 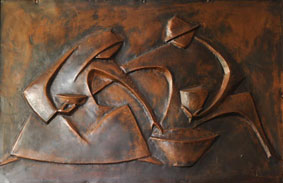 Michael Fleischer stamped his bronzes with a monogram made out of F + M and included the cast number and edition.

Press and Other Publications 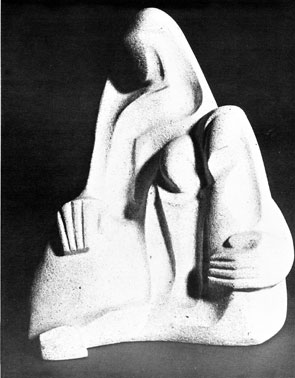 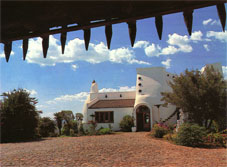 The 1972 exhibition (17 SA artists and 8 from abroad) was held to raise funds for the Michael Mount Waldorf School, Bryanston, Johannesburg.

Illustrated in Sandton Chronicle, Sandton, September 1972 - click on image for a better view!

Easter party at Fleischer's in 1971  - click on image for a better view!

Thereafter they moved to Kalkheuvel, Broederstroom, NW of the Lanseria Airport. 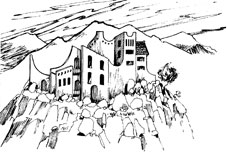 Fleischer's new home, designed and built by the artist and his team

You need to have the free Adobe Reader to read the various PDF files!

LAST update 2nd November, 2012 - THIS PAGE WILL NOT BE UPDATED ANY FURTHER!

Back to Home Page