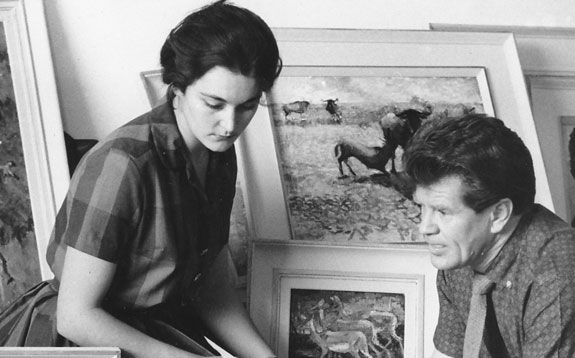 Gallery 101 Johannesburg, established on 5th April, 1961, twice exhibited the works by Zakkie Eloff. The first solo exhibition was held in November, 1961, the second exhibition, jointly with Zakkie's wife René van Zyl, was held in 1962. The Eloff’s were then living at Talisman, Walker Street, Pretoria.

Zakkie Eloff’s successful career is well documented in various publications, some of which we have listed below for easy reference and study.

Shows held at Gallery 101 Johannesburg in the early 1960s

Press reviews from our archives covering the 1961 and 1962 exhibitions

According to an article in Beeld dated 2nd October, 2003 ("Natuurskilder Zakkie Eloff sterf"), the memorial service was held on 3rd October, 2003, on the koppie near the house he had lived in for so many years, outside Witrivier, Mpumalanga.